This contest is now closed. Thank you for taking the time to enter.

Johnson Insurance is proud to be a preferred home and car insurance provider for Nova Scotia Health Authority and IWK Health Centre employees.

Call us for a home or car insurance quote today.

†No purchase necessary. The “2020 Nova Scotia Health & IWK Health Centre Flu Season” Contest is open from 9:00 am AST on October 1, 2020 to December 31, 2020 at 5:00 pm AST (the “Contest Period”) to legal residents of Canada, excluding Quebec, over the age of majority, who are permanent, temporary, casual employees, learners, volunteers or physicians of the Nova Scotia Health or the IWK Health Centre. There is one (1) grand prize available to be won consisting of Two Thousand Dollars ($2000), and fifteen (15) secondary prizes (three (3) for each Nova Scotia Health/IWK employment zone) each consisting of Two Hundred Dollars ($200), to be awarded in the form of a cheque payable to the winner. Odds of winning the grand prize depend on the number of eligible entries received. Odds of winning a secondary prize depend on the number of eligible entries received in each Nova Scotia Health/IWK employment zone. Skill-testing question required. Some conditions apply. Full contest details at: www.johnson.ca/flu-rules. Johnson Insurance is a tradename of Johnson Inc. (“Johnson”), a licensed insurance intermediary, and operates as Johnson Insurance Services in British Columbia and Johnson Inc. in Manitoba. Home and auto policies are primarily underwritten, and claims handled, by Unifund Assurance Company (“Unifund”). Described coverage and benefits applicable only to policies underwritten by Unifund. Unifund and Johnson share common ownership. Auto insurance not available in BC, SK or MB. Home and auto insurance not available in NU. Eligibility requirements, limitations, exclusions or additional costs and/or restrictions may apply, and/or may vary by province or territory. 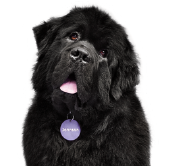